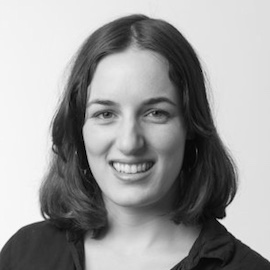 In the conversion optimization industry most data analytics people are used to work with analytics software and generate insights for and results of optimization and validation efforts. A large group of people at #CH2019 have this job. They have been told that the future of analytics is in Data Science. But when is it exactly data science what they do? Do you need to be a coder to call yourself a data scientist, do you need an official degree or is having some technical implementation skills enough?

I recently bumped into Emily Robinson at a CRO conference in the US and liked her stage appearance. I learned that she is writing the book “Build A Career in Data Science”, with Jacqueline Nolis, to be published by in early 2020. She currently works at DataCamp as a Data Scientist on the growth team, where she built their experimentation analytics system. Previously, she was a Data Scientist at Etsy working with their search team to design, implement, and analyze experiments on the ranking algorithm, UI changes, and new features.

She regularly give talks on A/B testing, R programming, and data science career advice at conferences and meetups. I thought Emily would be the perfect person to demystify Data Science for us and explain how to make the first steps to build a career in that.

All sessions by Emily Robinson (USA)