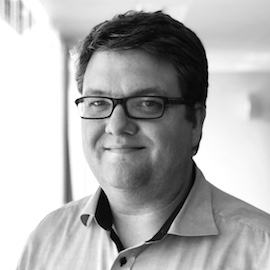 Conversion optimization is so much more than A/B-testing, but it’s also so much more than just optimizing conversions. It’s business growth, it’s adding effectiveness to efficiency. It’s moving companies from getting things done to getting the right things done, to work on stuff that makes an impact. CRO is a methodology, the medicine for companies that want to move forward.

Ok, you are probably already convinced about this, I’m preaching to the choir here. The big challenge is to get this going inside companies, that is the final quest for the more mature optimizers out there. I’ve been researching and presenting a lot myself about this specific quest in the last years – how to get validation in every organization. André Morys, the founder of KonversionsKraft (which is the biggest CRO agency in Germany), is on the same quest and I found it interesting to see that our paths are getting closer to each other.

Great to have André on our virtual #CH2020 stage as the opening keynote speaker. He supposed to have been the opening keynote at #CH2019, but he broke his knee and had to go through surgery. Now he is 100% recovered and will share the improved story on “Adapt or Die – 5 steps to change the culture of organizations”.

Rewatch this session with a virtual #CH ticket:
CLAIM YOUR #CH TICKETS NOW
(or claim a ticket for the real life #CH event!)

Keynote: Adapt or Die – 5 steps to change the culture of organizations + attendee Q&A