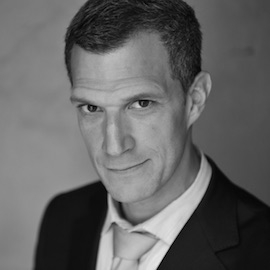 Born in the USA, but living in the Netherlands for 20 years now. Greg knows everything about those little details between how to do business in the US and business in Europe, especially the Netherlands. Shapiro helped establish comedy theater Boom Chicago in Amsterdam, went solo on Comedy Central and is famous for his comments on BNR Nieuwsradio and for being the voice behind the famous ‘Netherlands Second’ video (Zondag Met Lubach, VPRO).

Greg wrote the book ‘How to Be Orange: an Alternative Dutch Assimilation Course’, and is looking forward to spend the weekend with us in Texel, his favorite Dutch island.

Keynote: the world of Trump